27/02/2020 : Coach Igor Stimac announced an 18-day national team camp to "utilise the maximum time possible" before the upcoming FIFA World Cup Qatar 2022 qualifier against Qatar, which is scheduled to be played in Bhubane 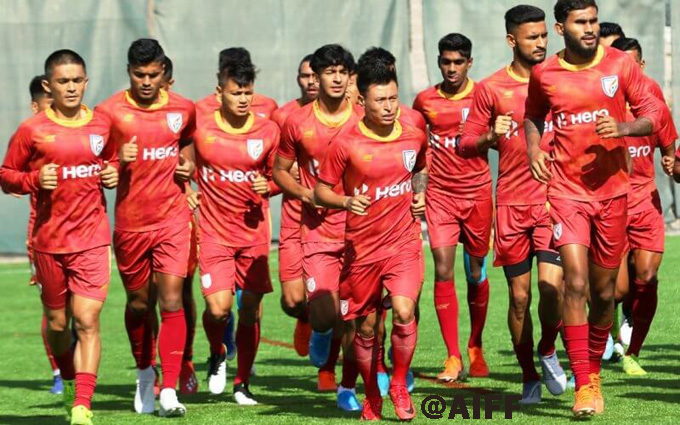 
27/02/2020 : The Blue Tigers are scheduled to play an international friendly match away against Tajikistan in on March 31, 2020, the venue for which, will be confirmed at a later date.Tajikistan, who are currently ranked 121 in the FIFA rankings, recently played against the Igor Stimac-coached boys in the Hero Intercontinental Cup 2019 at the EKA Arena in Ahmedabad, Gujarat. The Blue Tigers, even after going 2-0 up in the first half, had to swallow a 2-4 loss eventually.

"Tajikistan are a respectable side in Asia and we're looking forward to a tough challenge from them. That is going to be a great opportunity for us to assess ourselves ahead of our final two qualifiers in June," coach Igor Stimac continued. "It would be interesting to find out how much we advanced our game from our last encounter in Hero Intercontinental Cup."Tajikistan, who are clubbed with Japan, Kyrgyz Republic, Myanmar and Mongolia, having amassed seven points from five matches, are currently placed third in Group F.Meanwhile, the Indian expats in Tajikistan poured in the Central Republican Stadium in their support for the Blue Tigers when they cross swords with Afghanistan on November 14, 2019.

"The support we enjoyed in Tajikistan was quite extraordinary and we'd love to go back there once again. Let's win it together," Stimac announced. 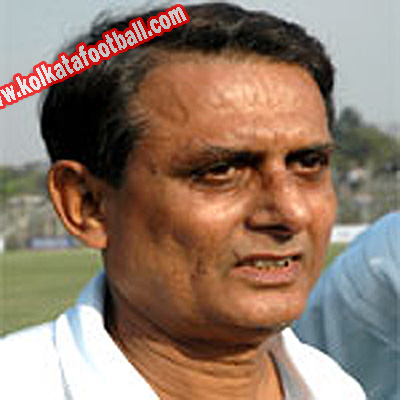 22.02.2019 : Eminent Striker and Indian International footbller Ashok Chatterjee no more. Ashok Chatterjee represent Bengal in All India School football when he read in Howrah Vivekananda Institution. First he played at Howrah Swamiji Sangha of Howrah District in the year 1958. converting grom Left in to Centtral Forward he played in Mohun Bagan jr. team then joined the Senior Team of Mohun Bagan in 1962.

Ashoke Chatterjee scored gol for mohun Bagan against East Bengal in 1964 Durand Cup final and aslo in IFA Calcutta League derby match. In 1968, in the tournament to commemorate 100 years of Amrita Bazar Patrika, Ashoke Chatterjee captained the Mohun Bagan side against East Bengal. In 1969, he went to East Bengal but return to his old club Mohun Bagan in 1972. In his tenure EastBengal he won IFA CFL ( 1970-1971), IFA Shield 1970 and Durand Cup 1970, Rovers Cup (1969) 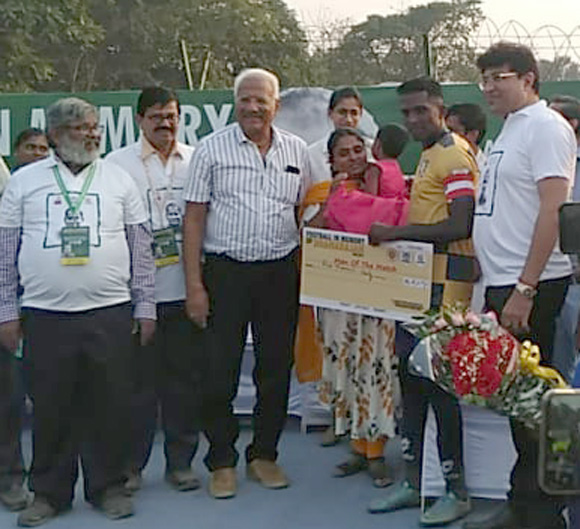 19.2.2019 : A charity match held yesterdat at Mohammedan SC ground - kolkata to help footballer late Radhakrishnan Dhanarajan’s family. Dhanarajan who played for three Bit teams in Kolkata who died of a sudden cardiac arrest on December 29, 2019 while playing in an All India Sevens tournament at Malappuram, Kerala. Player’s Forum along with Indian Football Association (IFA) and Income Tax Recreation Club organised the match with will all profits from the match went to Dhanarajan’s family. 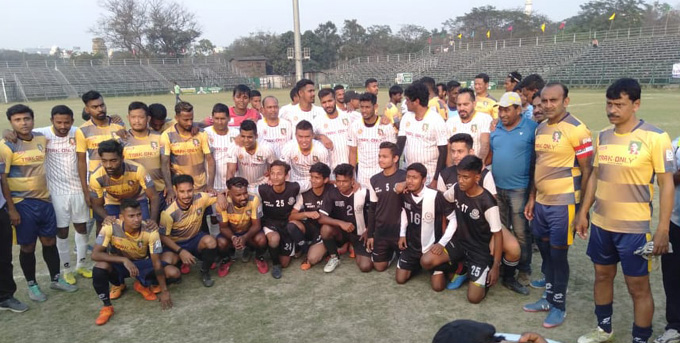 INDIA SET TO HOST U-17 WOMEN'S FIFA WORLD CUP
18.02.2020 - KFC NEWS DESK: : After a successful U-17 FIFA mens World Cup, India are now all set to host the 8th edition of FIFA U-17 Women’s World Cup India 2020 on November. Sixteen participating nations featuring the rising stars of women’s football will compete across 32 matches to lift the coveted trophy at D Y Patil stadium in Navi Mumbai on 21st of November. The other venews of the tournament are Ahmadabad, Bhubaneswar, Guwahati and Kolkata. 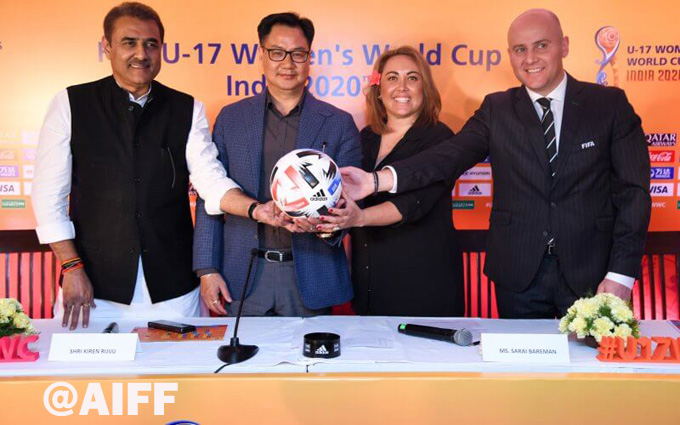 The 2020 FIFA U-17 Women's World Cup will be the 7th edition of the FIFA U-17 Women's World Cup, the biennial international women's youth football championship contested by the under-17 national teams of the member associations of FIFA, since its inception in 2008. The tournament will be held in India between 2 and 21 November 2020. It will mark the first time that India has hosted a FIFA women's football tournament.
The group-stage matches will be played in four cities Ahmadabad, Bhubaneswar, Guwahati and Kolkata from 2nd November onwards, while the knockout stages also taking place in four cities Ahmedabad, Bhubaneswar, Kolkata and Navi Mumbai The semi final matches will be played at Bhubaneswar and Navi Mumbai.The winners will lift the trophy at the Dr DY Patil Stadium in Navi Mumbai on 21 November.

In a media meeting at New Delhi, the Official Slogan – Kick Off The Dream – was unveiled. While addressing to the media, Sarai Bareman, FIFA Chief Women’s Football Officer, said "“Today’s announcement of the match schedule, host cities and Official Slogan for the FIFA U-17 Women’s World Cup India 2020 represents a major moment for the tournament and football fans across India and around the world."

Mr Praful Patel, LOC Chairman and FIFA Council member, added: “The announcement of the match schedule is an important moment on the road to the tournament as we not only know which cities will host what number of matches, but fans too can start saving the dates for this November. I am confident that the five host cities will do a wonderful job hosting the best young footballers in this important tournament.”

Roberto Grassi, FIFA Head of Youth Tournaments while answering to the media said, “With five host cities and 16 teams playing across 32 matches, the stage is set for the rising stars at the FIFA U-17 Women’s World Cup India 2020. Tournament preparations are well underway and approaching their final stages, and we are excited to work closely with the LOC to bring the tournament to life. We are confident that India will deliver a truly spectacular FIFA U-17 Women’s World Cup later this year, while providing the players with a platform to perform at their highest level."

13.2.2019 : Dhanarajan, a former Mohun Bagan, East Bengal and Mohammedan Sporting professional died of a sudden cardiac arrest on December 29, 2019 while playing in an All India Sevens tournament at Perinthalmanna in Malappuram district of Kerala. Arnab Mondal, Mehtab Hossain, Rahim Nabi, Denson Devadas and several other members of Player's Forum, along with Indian Football Association (IFA) and Income Tax Recreation Club have decided to organise the charity match at the Mohammedan Sporting ground on Wednesday (February 19, 2020). 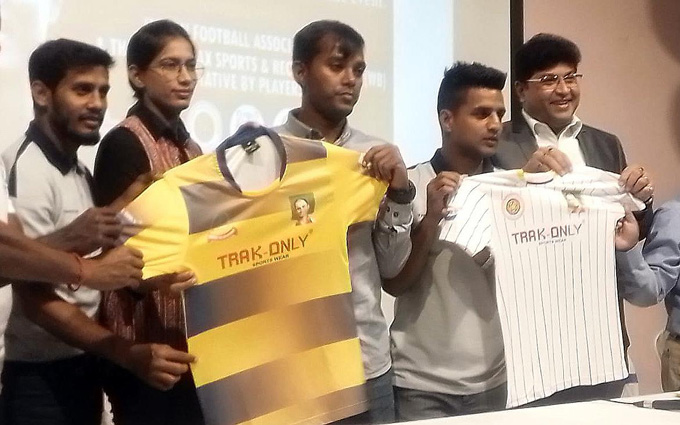 The match is slated to kick-off at 2 PM IST. The entire gate revenue will be handed over to Dhanarajan's family."Obviously, we can't get Dhanarajan back to his family. But, this is what we can do from our end. He played in the Kolkata Maidan for long and the football-loving crowd of Bengal will never forget him. It's the time to show your support for him, for football," former India captain Arnab Mondal stated on the sidelines of an event in Kolkata, where the charity match was officially announced.

In an event where all the aforementioned players were present, Jaydeep Mukherjee, Hony. President, IFA unveiled the two team jerseys for the charity match. "It's a joint venture by the Indian Football Association, Income Tax Recreation Club and Players Forum. Dhanarajan had also represented Bengal in Santosh Trophy. It's our responsibility to stand by his family in this tough period. The entire ticket sales as well as the sponsored amount, whatever we can put together, will be forwarded to his family," Mukherjee informed.

"It's a small step which we can take. It's a collaborative effort which would, probably, help his family to some extent. One of our fellow players was affected by cancer and we tried to help him as well. It's our moral responsibility and we look forward to lending a hand to anyone whoever needs it," midfielder Mehtab Hossain opined.Normal tickets will be priced INR 50/- and there will be a special 'guest card' worth of INR 500/- which will be available at the Mohammedan Sporting ground, IFA office from Thursday (February 13, 2020).

In order to reach out to more fans, IFA have plans to put more outlets over the next few days. 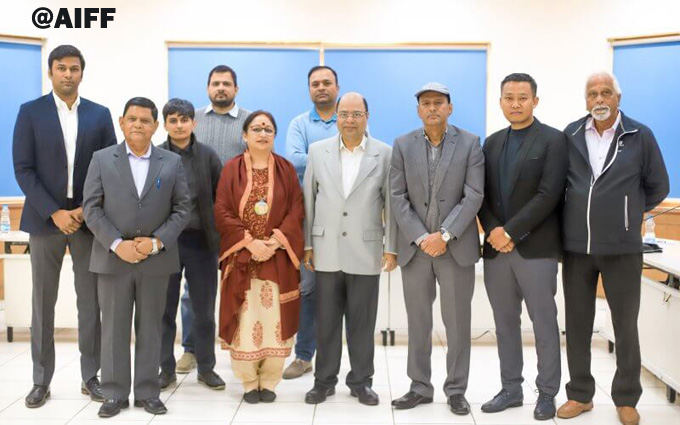 The committee agreed to analyze the individual needs of the state leagues, Hero I-League, Hero ISL, Durand Cup, Hero Super Cup and IFA Shield, and accordingly prepare the season’s football calendar and adjust the transfer window for players, if required. The broadcast of the Hero I-League was discussed, which has seen an improvement in production quality. The possibility of broadcasting more matches in the youth and 2nd Division Leagues was also discussed.

Mohammedan Sporting's matches in the Hero 2nd Division League will be broadcast on Kolkata TV. This arrangement is, however, been made by the club with permission from FSDL. Other teams in the competition are welcome to do the same as well and can seek permission.

The maximum number of players that can be registered by a club in the Hero I-League will be reduced from 35 to 30, which includes having a minimum of five U-22 players. From the next season of the Hero Elite League, registration of foreign nationals based in India will be allowed, keeping it in line with the Hero Junior and Sub Junior Leagues. Both, however, are subject to ratification from the AIFF Executive Committee.

The committee was apprised of the ongoings in the national level leagues - the Hero I-League, Hero 2nd Division League, Hero Elite League, Hero Junior League and Hero Sub Junior League. A brief report was presented on the development of the Hero Indian Women's League, Khelo India Girls Football League (U17) and Golden Baby Leagues. A proposal from the Chairman to start a 2nd Division IWL was also discussed. It was decided that the League department shall make a plan regarding the restructuring of the women’s leagues.