13.3.20: The All India Football Federation after the meeting with all the I League playing clubs finally decided to host the remaining matches of the current edition(2019-20) of I League behind the closed door. 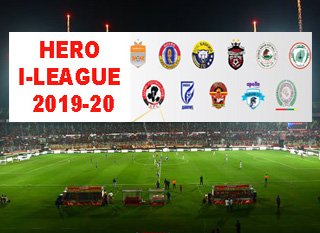 In a statement AIFF stated , "Besides team officials and players; match officials (referees), medical staff, TV Crew, accredited media, and required security staff -- none would be allowed to be in the premises of the stadium on match day, and during official practice the preceding day."
The decision was made following a circular issued by he Ministry of Health & Family Welfare to all the National Sports Federation due to Corona Virus.


So, the Kolkata derby between the two arch rivals East Bengal and Mohun Bagan on the 15th of March at Yubabharati Kriangan will be a closed door contest. 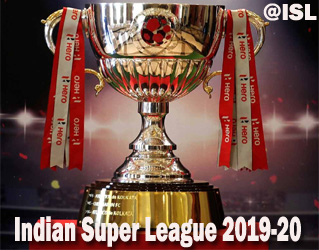 12.3.20: After the sports ministry directs no public gathering during sports events, organisers of the Indian Super League have decided that the final match between ATK FC and Chennaiyin FC on March 14 will be played without any spectators at the Jawaharlal Nehru Stadium. Owing to the current preventive measures advised by the Sports Ministry, league organiser Football Sports Development Limited (FSDL) has decided to hold the season’s final behind closed doors.FSDL said the decision was taken in view of the health and safety of players, fans and support staff.

AIFF SANTOSH TROPHY FINAL ROUND POSTPONED
10/3/2020 : The final round of the Hero Santosh Trophy 2019-20 scheduled to be played in Aizawl Mizoram has been postponed in wake of the outbreak of Covid19 Coronavirus, and ‘advisory issued by the Indian Government with regards to the outbreak.’

In a letter to the State Associations who have qualified for the final round of the Championship, All India Football Federation wrote: ‘As AIFF is more concerned about the safety and health of all the players and officials involved, it has decided to postpone the matches of the final round of the NFC for the Hero Santosh Trophy to be held from 14th to 27th April in Aizawl, Mizoram to later dates.’

12/03/2020 : The Ministry of Health and Family Welfare imposes restriction regarding gathering in any sporting events till 15th of April. In a Press Note it was stated - "To deal with the Novel Corona Virus (COVID-19), the Ministry of Health & Family Welfare has issued advisories and advised the State Governments to take appropriate action under the Epidemic Diseases Act,1897. 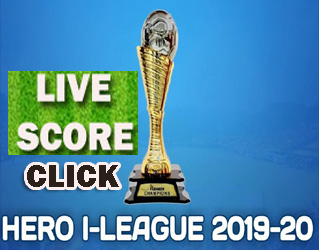 "You are advised to adhere to the advisories issued by the Ministry of Health & Family Welfare and ensure that no public gathering takes place in any sporting event. In the event, the sporting event cannot be avoided, the same could be done without allowing gathering of people, including spectators.”

In a Press note AIFF stated: "The All India Football Federation will hold a Skype meeting with representatives from all Hero I-League clubs at 4 PM on Friday (March 13, 2020) in view of the guidelines issued by the Ministry of Youth Affairs and Sports concerning the recent global outbreak of COVID-19 (Corona Virus) today (March 12, 2020)".

It is likely that the I League Derby between the two arch rivals East Bengal and Mohun Bagan the 15th of March, Sunday at Kolkata will be a real disappointment for the spectators. The offline and online tickets are on sale as we observed long que in front of the ticket counters of both the clubs.

SALGAOCR FC PRESS RELEASE - 11/3/20: Amidst a colourful and electric atmosphere, the 7th edition of Salgaocar FC’s annual Community Outreach Program came to a close at the Chicalim Panchayat Ground on Sunday, 8th March, The Club organised a Grassroots Football Festival for children enrolled in the program and their parents. Speaking on the occasion, Ms. Swati Salgaocar, Vice President-Youth Development said "We at Salgaocar FC have always believed that the only way for football to flourish is to nurture talent at the grassroots level. Through our Community Outreach Program we are keeping alive the legacy of providing a national platform for Goan talent and giving back to the community that we are a part of”.

The festival began with fun drills for the children. Various football related fun games were organised for the parents as well. The festival concluded with fun football matches between the parents and the coaches, volunteers and older children. It was a great atmosphere where parents participated with great enthusiasm and enjoyed the games.Mementos were handed over to the coaches of the Community Outreach Program for their service and prizes were given to the winners of the various games organized at the festival.

Since its first edition in 2013, the program has been a roaring success with the number of boys and girls increasing significantly every year. Held every Sunday between November 2019 and March 2020, this year the program saw the registration cross 550 children from in and around Vasco. Recognised by the AIFF and AFC for having one of the best Youth Development Programs in the country, the Club continues to set the benchmark in Grassroots and Youth Development initiatives in India. At Salgaocar FC, encouraging and promoting young Goan talent and engaging with the community at large has always been essential to the club’s philosophy. The SFC U-10 team was felicitated for being unbeaten in 11 games and emerging champions in the Mormugao zone of The Little Gaurs League(U-10).

A live band of children from the Club's partner school, Marina English High School was in action at the event. In addition to entertaining the gathering, the band composed and sang a song in dedication to Salgaocar FC. The children head to the ground every Sunday, proudly wearing a full Salgaocar FC kit, for an afternoon of learning and excitement. The children are trained under the watchful eyes of highly qualified and experienced Salgaocar FC coaches. A total of 40 licensed coaches and volunteers were involved in the program this year. Children are taught the basics of football through fun drills and games and learn more challenging skills & tactics for competitive play. The most promising players from the program are absorbed into the Club’s U-13 youth team. 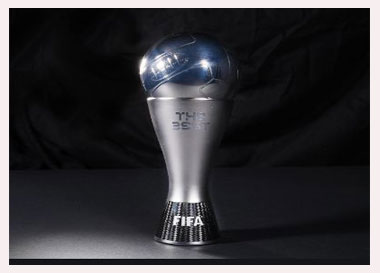 Matches originally scheduled to take place during the international window of 23-31 March 2020 and 1-9 June 2020 are postponed to later dates. FIFA World Cup Qatar 2022 and AFC Asian Cup China 2023 joint qualification round 2 matches which were scheduled to be played in March and June 2020 have been postponed till further confirmation. India were slated to host match against Qatar at the Kalinga Stadium in Bhubaneswar on March 26, 2020. In addition, in June the Indian team were scheduled to play two matches...... against Bangladesh in Dhaka on June 4, and hosting against Afghanistan in Kolkata on June 9.

FIFA and the AFC will continue to assess the situation in relation to COVID-19 and will decide whether further changes to the schedule of Asian FIFA World Cup 2022 qualifiers are required, always with the aim of protecting the safety and health of all individuals involved.
FIFA and the AFC will discuss further details of the postponed matches. 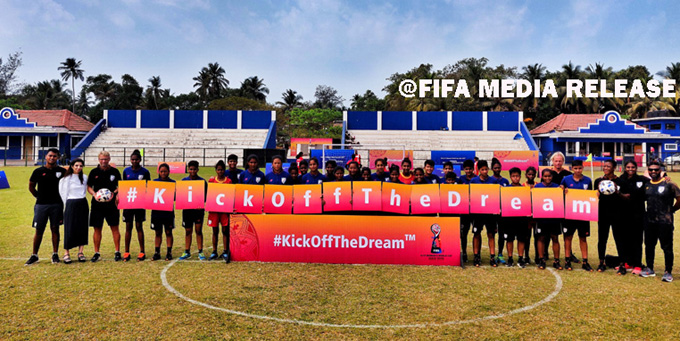 09/03/2020 : FIFA PRESS RELEASE : In a unique moment in the history of Indian football, three generations of Indian women footballers gathered at the Benaulim Grounds in Goa today to celebrate International Women’s Day on 8 March. In an event organised by the Local Organising Committee for the FIFA U-17 Women’s World Cup India 2020™, current and former players were seen inspiring the future. Former Indian Women's Team Captain and Padma Shri Bembem Devi, and current captain Ashalata Devi were amongst those who interacted with the India U-17 Women’s squad and more than 100 girls from schools and NGOs around Goa.

Bembem Devi and Ashalata Devi too shared their experiences with the U-17 squad who are likely to be amongst the first Indian female players to take part in a FIFA Tournament, as well as with the other attendees. "It is very heartening to see everyone out here today to celebrate International Women's Day and Indian women's football. It is clear today and very encouraging that the game has been on the rise since I started playing. I am sure that the whole nation will rally around and support the team in November when they take the field and they will then prove to be inspirations for the next set of kids who will choose to take up the game. The future definitely looks bright for women's football in the country," said Ashalata Devi.

One of the highlights of the day was to see Precious Dede, India's U-17 goalkeeping coach and four-time FIFA Women's World Cup participant with Nigeria, giving a goalkeeping masterclass to the attending schools and NGO children. LOC Tournament Director Roma Khanna said, “With India hosting the FIFA U-17 Women’s World Cup later this year, we wanted the girls to get a glimpse of what it takes to be a professional footballer. It was great to see so many young faces on the football field, and you can see that they enjoyed themselves. I hope we have managed to inspire a few of them to take up football professionally. I would like to also take this occasion to also ask parents to encourage their children to take up football, they can go on and represent their country at a FIFA World Cup!”

FIFA U-17 Women’s World Cup India 2020 will take place in Ahmedabad, Bhubaneswar, Guwahati, Kolkata and Navi Mumbai. The tournament will kick off on 2 November, and the final will be held on 21 November.