02/09/21 : Sixteen teams comprising of teams from Indian Super League, I League and Armed Forces will play against each other in 31 matches in 29 days. 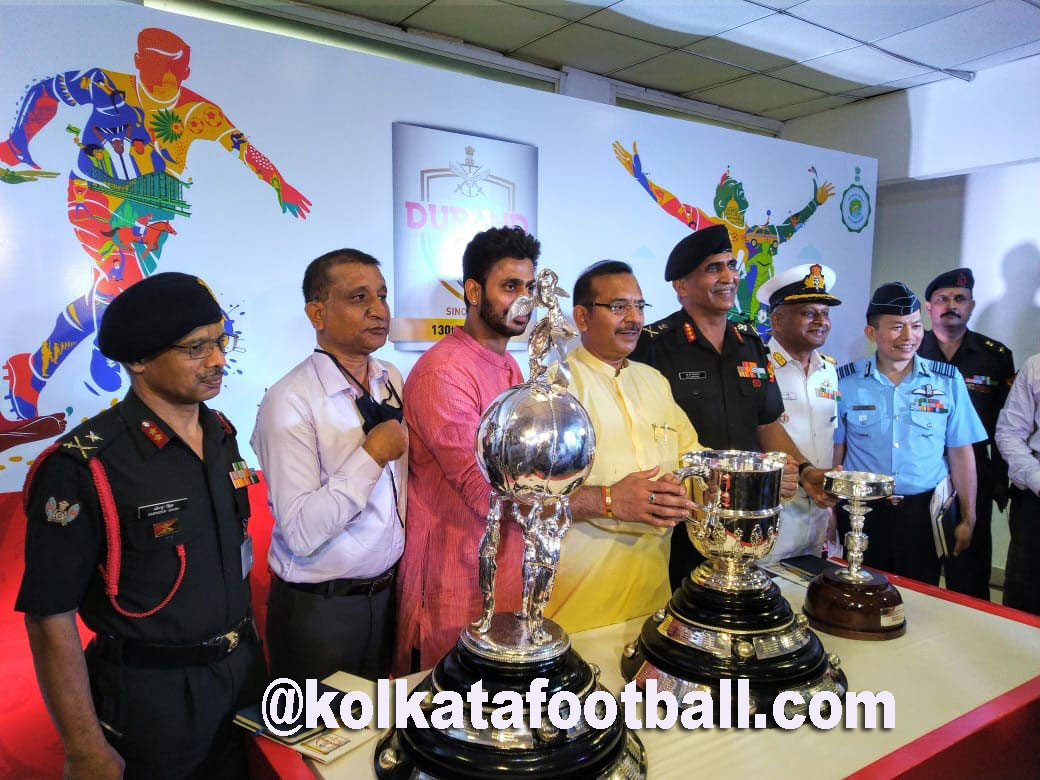 The Chief of Defense and the three chiefs of East Command today raised the curtain of the 130th Durand Cup at Kolkata. The oldest tournament of Asia, Durand Cup will be jointly organized by the Armed Forces and the Government of West Bengal. This is the second time after 2019, Eastern Command will host the tournament in three venews of Kolkata.

This year tournament committee were planning to organise some matches at Siliguri, but had to cancel due to Covid pandemic. While speaking on the press meeting Sports Minister said that some spectators will be allowed inside the stadium initially, but it may be increased upto 50 percent of the capacity according to the Government rules in the later stages.

DURAND CUP IS SET TO KICK OFF AT KOLKATA

23.8.21: The oldest football tournament of Asia, Durand Cup is all set to kick off from the 5th of September in and around Kolkata. This will be the 130th edition of the tournament, held in the Mecca of Indian football back in 2019, after moving from its long time venue at Delhi. 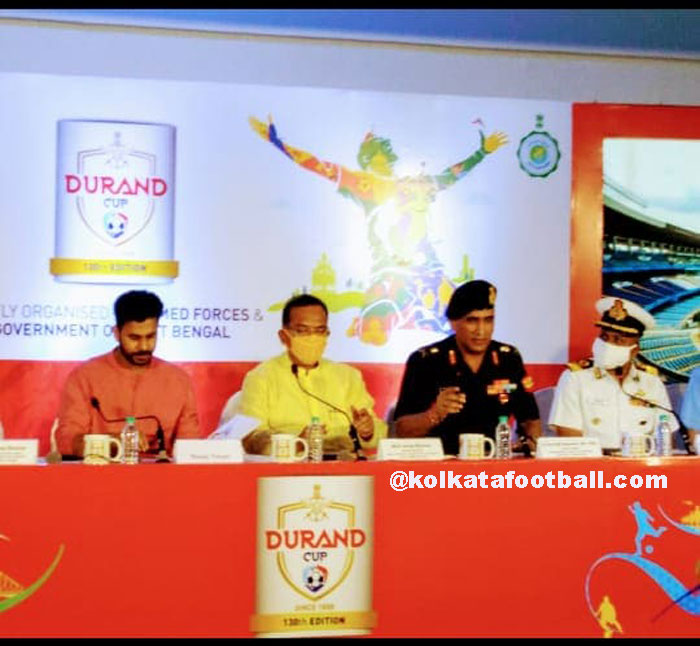 This was initimated by the tournament commiittee in a press release. 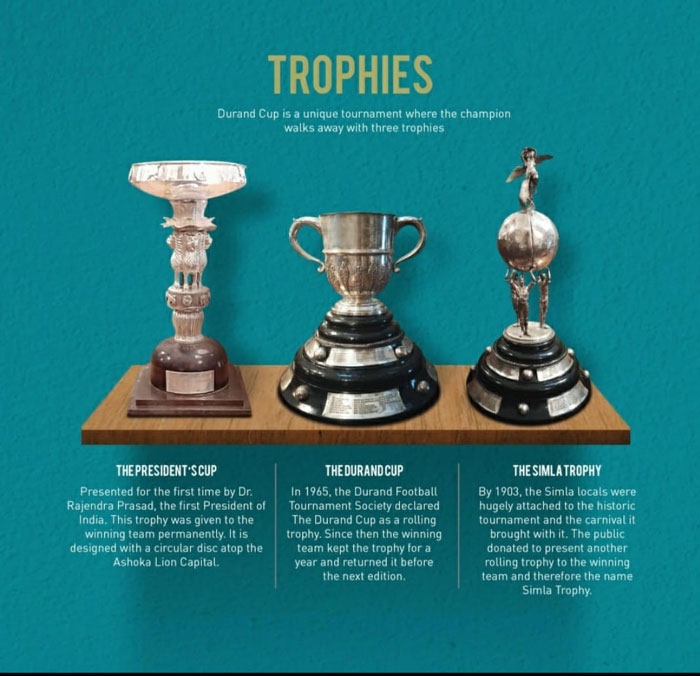 It is finalised that 16 football clubs will participate in the tournament which comprises of top ISL franchises, FC Goa and Bengaluru FC, Kerala Blasters, Jamshedpur FC and Hyderabad FC.

The I league playing clubs the century old Mohammedan Sporting of Kolkata, who were the first Indian winners of the competetion in 1940 and who would be leading a troika of I-League challengers including defending champions Gokulam Kerala FC and Sudeva FC of Delhi.

The other participating clubs are FC Bengaluru United and Delhi FC will represent the second division of Indian football whereas two Indian Army teams (Red and Green), a team from Indian Air Force and Indian Navy, CRPF and the Assam Rifles round-off the 16.

Durand Cup, traditionally organized by the Indian Army on behalf of our Armed Forces, the World’s third oldest and Asia’s oldest football tournament will this year also see the Government of West Bengal as joint hosts, who have been providing admirable support in all aspects of organization.

Three venues are finalised for the 130th edition of the tournament. Vivekananda Yuba Bharati Krirangan and Mohun Bagan Club Ground in Kolkata as well as the Kalyani Municipal Stadium in Kalyani.

The final of the tournament will be played on the 3th of October at Vivekananda YuvaBharatiKrirangan, Kolkata.