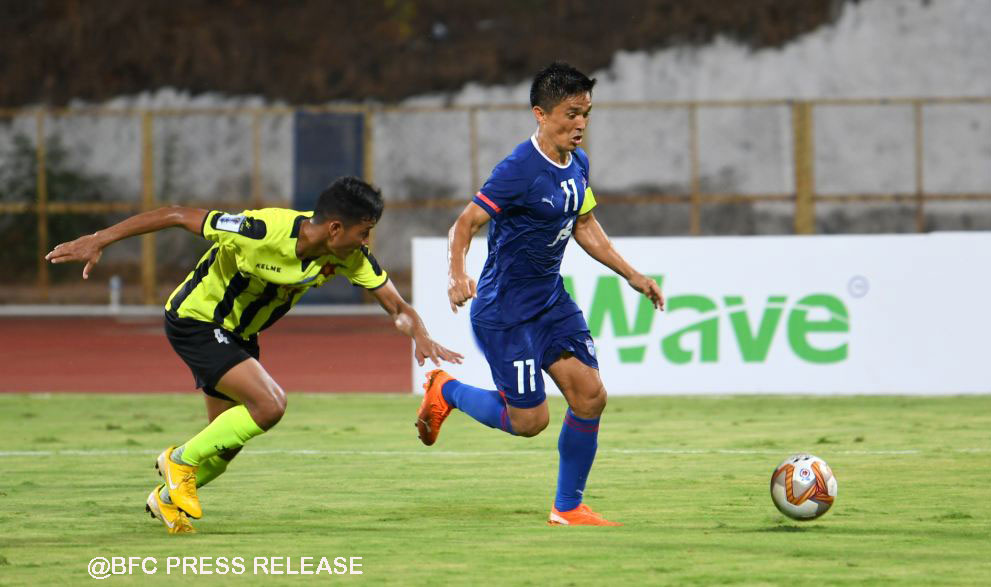 Bengaluru FC will play their next match on 28th April against the winner of Abahani Limited Dhaka and Club Eagles, which is going to be held on 21st April.
FULL TIME Bengaluru FC move to next round of qualifier after a comfortable win against Tribhuvan Army FC.
90':2 minutes of added time.
83':Fine chance to Sunil, but left footed shot missed by a whisker.
81':Army FC's corner, Gurpreet saved it brilliantly this time.
80':Substitution for Bengaluru FC: Roshan in place of Udanta.
78':Army FC's corner cleared and a counter attack of Bengaluru FC blocked in Army FC's defence.
74':Double Substitution for Bengaluru FC: Ajith and Damaitphang Lyngdoh replaced Erik and Khabra
70':Double Substitution for Bengaluru FC: Edmund and Bhutia replaced Cleiton and Musavu-King
64':GOALLLLLLLLLL Another goal from the corner kick, this time from the right end and header from Rahul Bheke finds the net.
62':GOALLLLLLLLL Another goal by Bengaluru FC, fine minus in box to unmarked Cleiton, he made no mistake to make it 4-0.
60':GOAAALLLLLLL Bengaluru FC advanced their lead through Cleiton Silva, Sunil's header finds Cleiton he beats the keeper and scored in the open net. 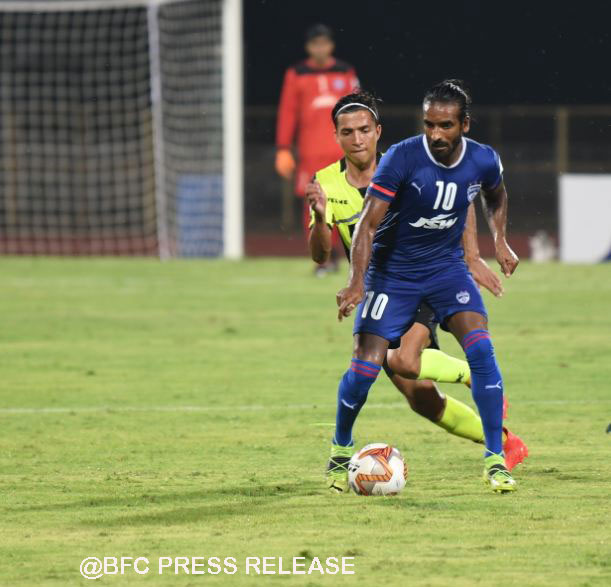 51':GOALLLLLLLL Another goal from a quick succession, pass from right to unmarked Sunil and he made no mistake to finds it to the net.
50':GOALLLLLLLL Bengaluru FC scored by a header by Rahul Bheke from a fine corner kick from left by Cleiton Silva.
46':Corner to Bengaluru FC from left, cleared in defence.
46':Second half resumed.
HALF TIME Score remains goalless in the AFC Cup Qualifier match between Bengaluru FC and Tribhuvan Army FC at half time.
45': 1 minutes of added time
44':Chhetri shot denied in defence and rebound chance to Ashique went straight to keeper's hand.
41':Fine chance to Sunil in box, but his shot deflected results corner.
35':Rahul Bheke's cross from right flank, keeper Bibash cleared it.
22':Another corner of Bengaluru FC, but header in box went straight to keeper's hand. 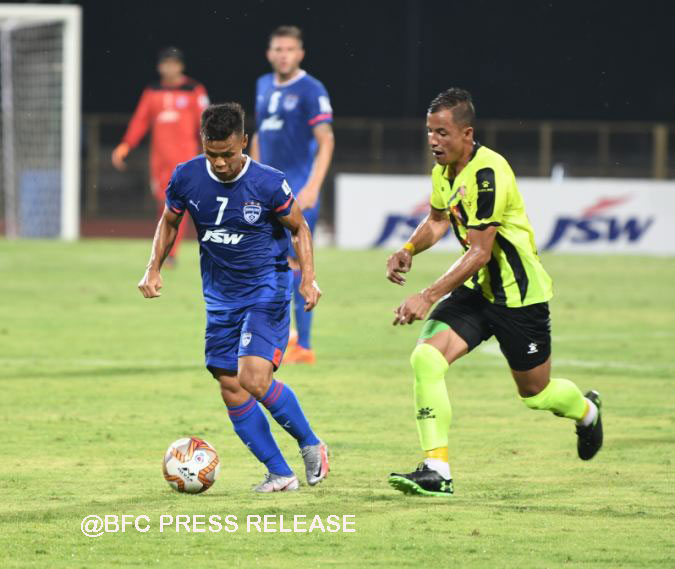 19':First corner to Bengaluru FC from right, cleared and another one from that end. But this one went over everyone in box.
18':Another Foul by Bengaluru FC defence, free kick to Tribhuvan Army FC. Chance from free kick ruled out due to OFFSIDE.
16':Army FC's free kick, cleared and corner kick. Ball went to the opposite end from corner.
13':Army FC's move from a free kick, shot straight to Gurpreet's hand.
8':Ashique's cross from left flank, went straight to keeper.
5':Move through Sunil to Cleiton, but his through is cleared in Nepal Army FC's defence.
0':Kick off. 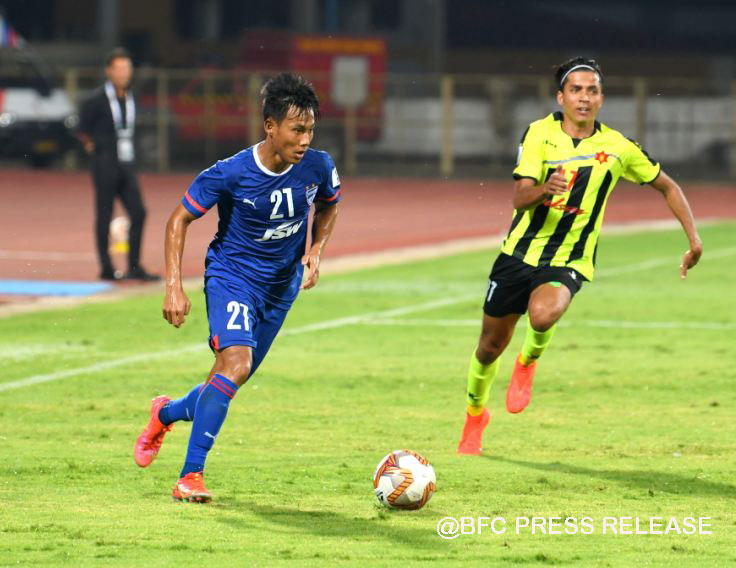 BENGALURU FC TO FACE TRIBHUVAN ARMY IN AFC CUP
13.4.21: Bengaluru FC will face Nepalese side Tribhuvan Army FC in a Preliminary Stage Two Clash of the 2021 AFC Cup, at the GMC Stadium, in Bambolim, Goa on Wednesday evening. This will be Marco Pezzaiuoli’s first competitive game after he took charge of the Bengaluru FC, since his appointment as Head Coach in February.

Bengaluru FC are preparing for the match in Goa for a little over three weeks, and have completed a month of training under Pezzaiuoli, who maintained that his side would be keen on focusing on themselves and their style of play. Gabonese defender Yrondu Musavu-King remains the lone foreign inclusion in the squad, and is expected to man in the backline alongside Juanan Gonzalez. Sharon Padattil, Muhammad Inayath, Damaitphang Lyngdoh, Akashdeep Singh and Sivasakthi Narayanan, have also made Marco Pezzaiuoli’s squad for the playoff stages.

The winner of Wednesday’s Preliminary Stage Two clash will face one of Abahani Dhaka from Bangladesh, or Club Eagles of Maldives in the Playoff Round at the same venue.