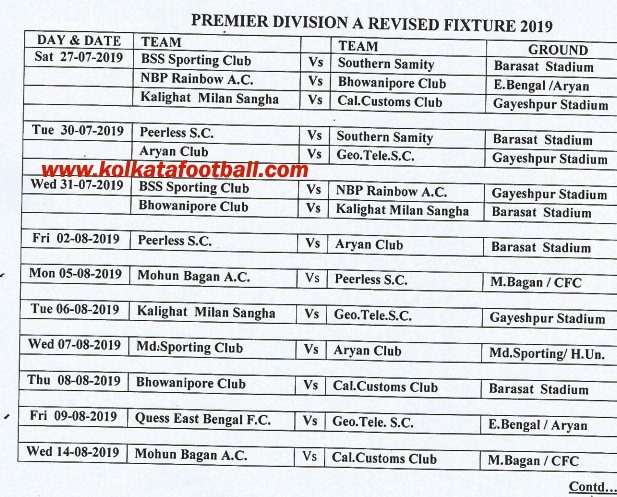 KFC NEWS DESK- 26.7.19: IFA were forced to reschedule the fixture of CFL Premier Division A within a very short spell . The new fixture was announced by the IFA Secretary Jaydeep Mukherjee at Kolkata today. The first match of Mohun Bagan against Peerless FC which was scheduled on 26th of July was cancelled by IFA.
The new fixture shows that Mohun Bagan will play against Peerless FC on 5th of August, whereas Md Sporting will start their campaign on 7th and East Bengal will open their campaign on the 9th of August.(GO BELOW)

While interacting IFA secretary said that the date of the Derby are yet to be finalised.(GO BELOW) 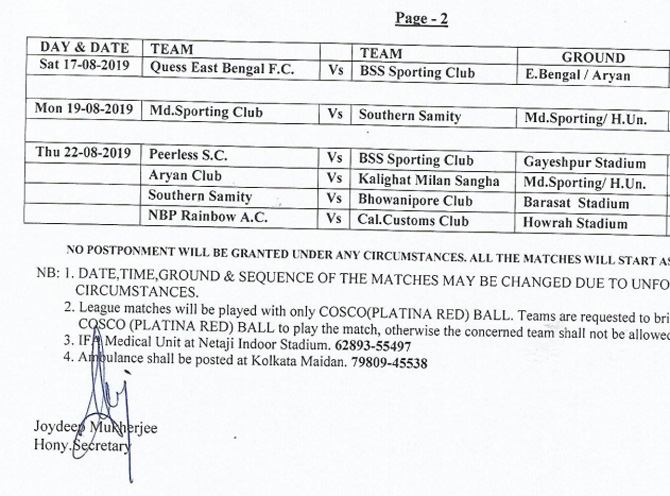