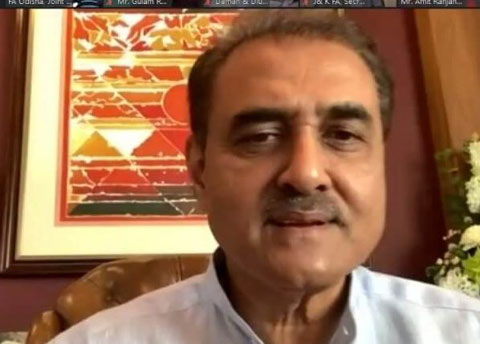 Representatives from each of the State Associations were also present in the meet with Mr. Patel. Mr. Patel expressed his condolence to the people of India who had lost their loved ones in the ongoing COVID-19 pandemic, and asked the entire online gathering to maintain a minutes’ silence in remembrance to the lost souls.

“It is a very difficult year for the country and football in general. Almost everything had gone for a toss since last year, due to the pandemic. But we have still been able to complete the Hero Indian Super League and the Hero I-League, though in a much shorter time,” said Mr. Patel.

“As custodians of football we need to do the best we can to ensure that football can resume as soon as it is possible, and that players’ careers are not wasted. We are at a time when we are seeing challenges that we have never seen in our lifetime. Would request everyone to be careful, vigilant, and under the circumstances, do the best we can.

AIFF Technical Director Mr. Isac Doru also gave a brief presentation on how the COVID-19 Pandemic has affected football across the world. Drawing examples from 23 countries across the world, including the likes of the Netherlands (Eredivisie), Argentina (Liga Profesional de Futbol), Mexico (Liga MX), Romania (Liga 1), Japan (J-League and J2-League), Mr. Doru showed how different countries from across the world have frozen relegation during the time of the pandemic, in order to help the teams in difficult times.

“This year, because of the difficult circumstances, many teams have not been able to prepare, or practice, or play under normal conditions. As stakeholders, we need our leagues to be strong and support our clubs. While I am in full support of sporting merit in view of the unusual circumstances it would make sense to stop relegation for the just-concluded Hero I-League season, taking cue from practices across the world. Participation is equally important in these circumstances,” Mr. Doru said.

The President recommended that the matter be deliberated by the League Committee and recommendations forwarded to the Executive Committee for a final decision.

The AIFF President also declared his intentions to write to the governments of every state in order to get the senior footballers of the respective states vaccinated on a priority basis. “I plan to write to the heads of the governments of every state to give priority vaccinations to all the senior players. This will help us resume footballing activities a little earlier than usual, once the situation becomes more stable,” said Mr. Patel.


21/04/2021- GKFC PRESS RELEASE : Gokulam Kerala FC staged another heroic comeback to be crowned Kerala champions as they defeated Kerala State Electricity Board (KSEB), 2-1, in a thrilling match that was extended to the extra-time in the Kerala Premier League here on Wednesday.

The Malabarians were down, 1-0, till the 80 th minute but Nimshad Roshan’s wonder strike with just ten minutes into the final whistle turned the tables for the reserves of the Kozhikode-based I-League team. 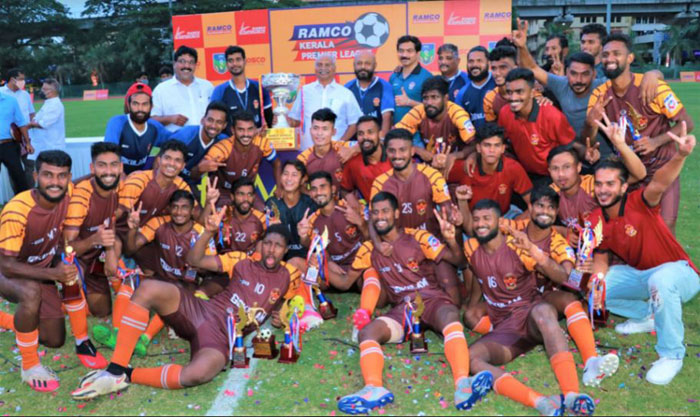 Nimshad, who was subbed in after KSEB’s 54th-minute goal pulled off a stellar performance as he equalled the score-line with a shot from 25 yards and the match went on to extra-time. Ganesan scored another beautiful goal into the second minute of the extra-time to seal the victory for the Malabarians, coached by former Indian international NM Najeeb.

This is the second time Gokulam Kerala FC winning the state league. For the past four years, the club has also reached the finals of the premier football tournament in the state. With the win, the club has the rare distinction of being the reigning champions of the I-League, the Indian Women’s League, The Durand Cup, and the Kerala Premier League. 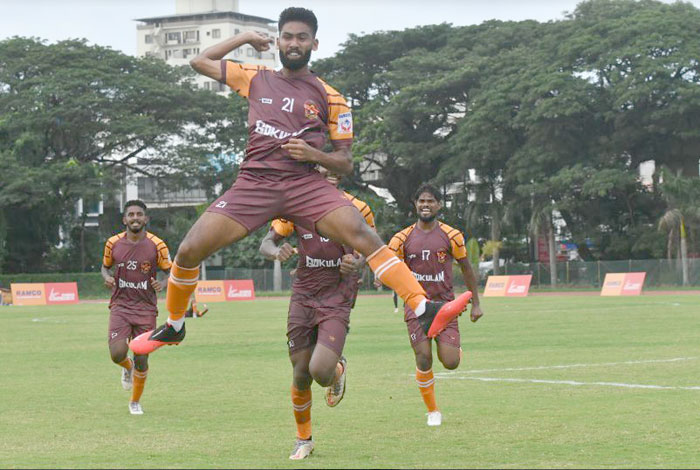 “I am so happy about the win. We started slowly but after the equalizer, we were able to dominate the game and grab the victory. We have been training at Kozhikode for the past five months, and all our hard work paid off,” said GKFC reserves head coach NM Najeeb after the victory.

“The win exemplifies the mentality of our club. Both our I-League and reserve team have shown a never-say-die attitude. We are a club driven by the passion to win trophies. We are happy to add another silverware to our trophy cabinet,” said VC Praveen, the president of Gokulam Kerala FC.

The Super League or UEFA Champions League/Europa League, what we will see in coming years?

Headed by the Chairman, Florentino Perez (Real Madrid), Vice-chairman, Andrea Agnelli (Juventus) and Joel Glazer (Man United) planning to start the tournament in Mid-August where 20 participating clubs will participate with 15 Founding Clubs and with a qualifying mechanism for a further five teams to qualify annually based on achievements in the prior season.

In a statement released by UEFA, they said – “We will consider all measures available to us, at all levels, both judicial and sporting in order to prevent this happening. Football is based on open competitions and sporting merit; it cannot be any other way. As previously announced by FIFA and the six Confederations, the clubs concerned will be banned from playing in any other competition at domestic, European or world level, and their players could be denied the opportunity to represent their national teams.” ..The Super League committee is look forward to holding discussions with UEFA and FIFA to work together in partnership to deliver the best outcomes for the new League and for football as a whole. 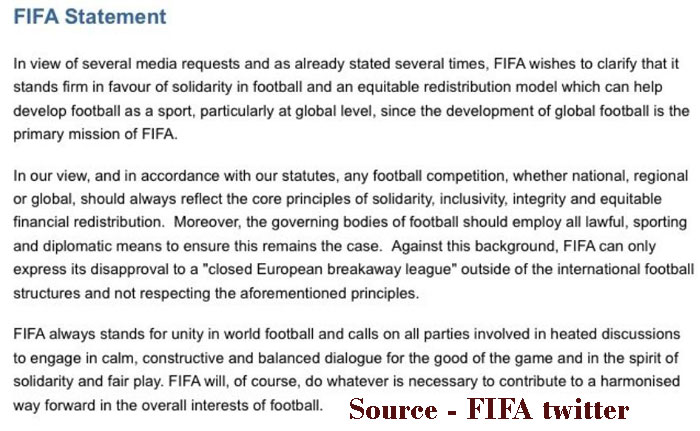 UEFA Executive Committee meeting scheduled for today in Montreux. Future of this year’s UEFA Champions League is in dilemma as except PSG all the other clubs have agreed to join in the super league. Even future of all the domestic leagues except these top clubs also in doubt.

16/04/2021 : Ahmed Hussein, former Olympian passed away. The Hyderabad born Husein played in 1956 Olympics and was based in Bangalore for most part of his life. A central defender he captained Mohammed Sporting in Kolkotta for over a decade and created history when his side became the first Indian team to win the Aga Khan Gold Cup in Dhaka in 1960. Hussain also won the Rovers Cup with Mohammedan Sporting in 1959. 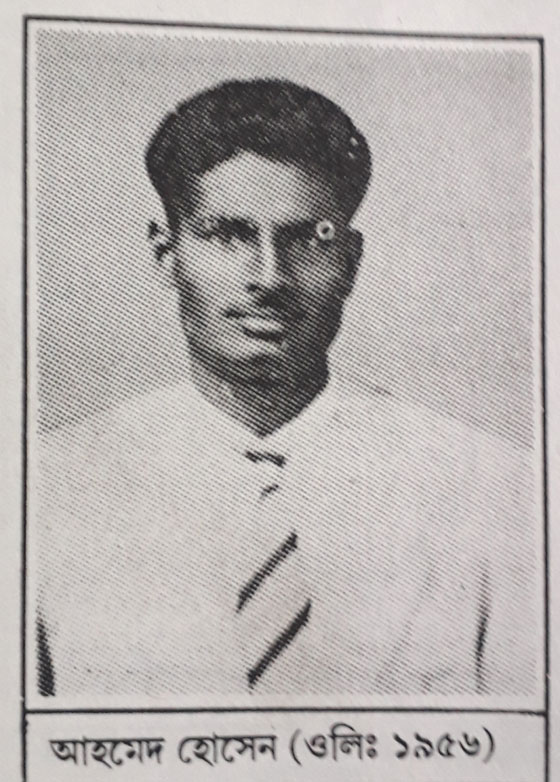 Born in 1932, the defender started his career with Hyderabad Police under the legendary coach MA Rahim. He later on moved to Kolkata in 1957 where he played for Mohammedan Sporting Club for over a decade. He was also a member of the 1956 Melbourne Olympics Indian football team that reached the semifinals. He also took part in the 1958 Asian Games in Tokyo, Japan. Ahmed Hussain made his debut against Bulgaria on December 7, 1956 and went on to make 11 appearances for India.

Apart from his display in the 1956 Olympics when India finished fourth, Hussein Saab has contributed immensely as a coach with SAI in Bangalore . We pray for his soul' He passed away this morning in Bengaluru, another sad victim of Covid.

Ahmed Hussein was a part of the golden era of Indian football in the 1950's. India won the Gold Medal in the 1951 Asian Games and finished fourth in the 1956 Olympics Games. A product of Nizam college Hyderbvad, Ahmed Hussaein was a tenacious defender known for tight marking and hard tackling. He shifted to Calcutta and played for Mohammedan Sporting. In 2009 , Hussaen along with fellow compatriots of the 1956 Melbourne Olympics were felicitated by the sports minister MS Gill in honour of their achievements.